My mom is exactly the person you expect a Wisconsin farm mother to be. She’s a farmer so she’s tough as nails and all different kinds of strong, but she’s also got a soft side. She’s kind and nurturing with a generous heart. She shows her love in the kitchen. Her garden is always full of veggies and her freezer is always full of meat. She’s got a pantry that could keep all five of us fed for the next five years. The kitchen is her domain and she totally works it. There’s never a lack of food in this house and skipping meals because you are just too busy is never acceptable.

If I’m being totally honest, it’s been pretty convenient to start a business that often has you working to the point of sheer exhaustion in a place where a women is always a few hundred feet away cooking up something delicious. She’s been keeping our farm going strong behind the scenes for the past three seasons and honestly, I’m not sure how we would have stayed nourished over the past three years without her.

My dad has his own way of helping out on the farm. After retiring two years ago, he’s always wandering his way out to the fields or our greenhouse to see if we need any tractor work done (we rarely do) or if we need him to move anything heavy with the Bobcat (a little more common). He’s always available to tell an inappropriate joke or give us some new “million-dollar” idea. He’s probably one of the least handy people I know, but he’s always waiting nearby to lend a hand when my Carrot is working on our rototiller or greenhouse. 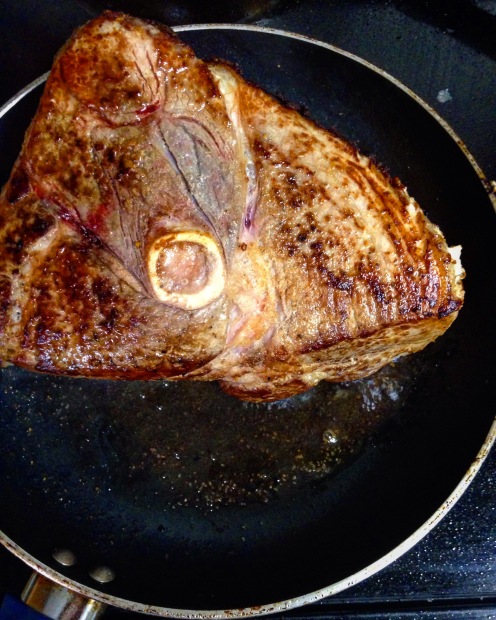 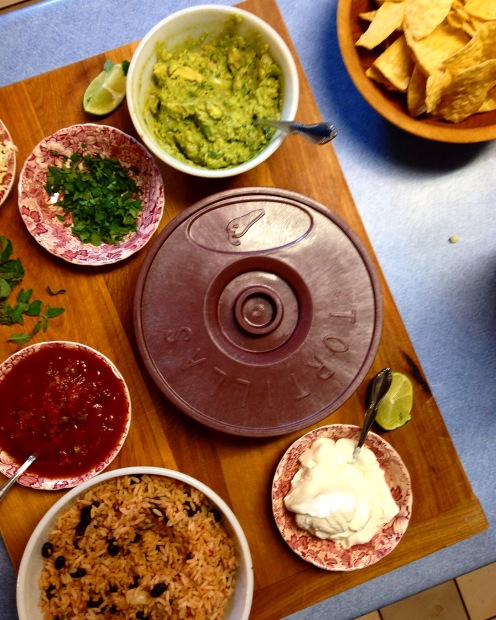 My parents do a lot for us as we lay the foundation of our business and last Tuesday I made a demand of them. I demanded that it be my turn to cook.

I brought over a fresh ham roast (uncured) from an animal they raised and doctored it up Cuban-style with lots of citrus and dried peppers. I made guacamole and shredded some cheese. There was fresh cilantro, oregano and lettuce, corn tortillas and sour cream of course. We had a Taco Tuesday spread without my mother lifting a finger. 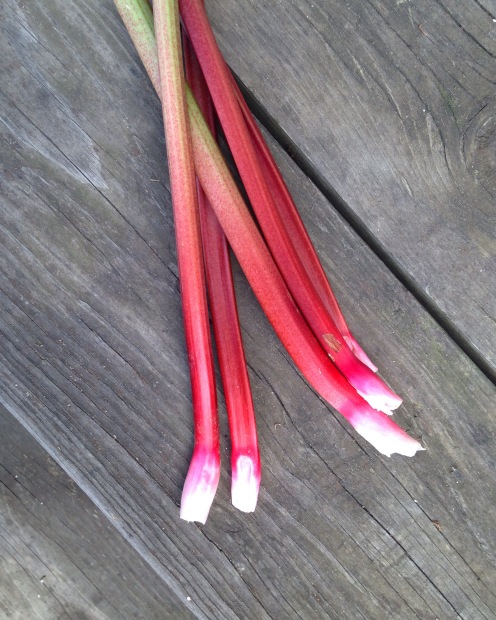 I told them it was all for the sake of recipe testing. (Sometimes I have to trick them into thinking they’re doing me a favor so I can spoil them rotten). And what can you do if the first, second and even third batch of margaritas just isn’t quite perfect? You have to make it again and sample it again (and again, and again). It’s hard work, but someone has to do it.

These margaritas are a tribute to spring’s quick transition to summer. The rhubarb is still abundant (in true spring fashion), but the temperatures are starting to soar. It’s the perfect time to sit back with an icy beverage, soak up the sunshine and say hello to summer living.

P.S. Like this recipe? You’ll love my recipe for Spicy Blood Orange Margaritas!

For frozen margarita: Combine rhubarb syrup, tequila and lime juice in a blender with 2 cups ice. Blend until smooth. Pour into sugar-rimmed glasses.