This past week, I had one of the best meals of my life. And not only did I not cook it, I didn’t even take one picture to show for it. I’m so sorry. I’m a terrible blogger.

But honestly, I was way too busy devouring and learning to even remember that my camera, er, phone, was readily available across the room. Eric of Pairingbeer.com and his lovely wife Erika had us over for three courses of perfection and obviously, beer. We drank a German beer I’d never heard of followed by a glass of home brewed cyser with dinner. (And Eric and Erika are more than qualified to serve home brews; they’re in the early stages of opening their own small brewery west of Madison). This particular beverage, cyser, is mead brewed with apple cider. I’d never had anything like it (or even heard of it before). It was heavenly.

We shared a cheese board of local crackers and local cheeses alongside some beauty heart radishes, pickled basil beans, curried squash pickles and pickled turnips. This couple really knows how to eat locally, putting away so much in the summer months that it fills a whole closet. A pantry filled with only things I made myself?! That’s definitely on the wish list for the future farm kitchen of my dreams.

For dinner, we dined on the delectable Surprise Tatin from Ottolenghi’s Plenty because Mr. Carrot and I obviously did something right and deserved to eat Ottolenghi two days in a row! Eric and Erika used purple potatoes and their own sun-dried sungold tomatoes (!!). They even made the puff pastry from scratch (Supposedly it’s easy?! Not sure I believe them). These two bring cooking from scratch to a whole new level.

And it actually gets a little better. (If you can imagine!!!). We had a cyser sabayon with pear aigre doux for dessert. I know, all these new unfamiliar words strung together in one tasty amazing dish. What?! You probably have no idea what I’m talking about because I wouldn’t have even known what I was talking about prior to this dinner, but ohmygosh it was so damn good!

They literally whipped up a sabayon (a French custardy dessert traditionally made with egg yolks, sugar and champagne but for which they subbed in their homemade cyser instead of the champagne) in the kitchen while Mr. Carrot and I finished our dinner. They poured the sabayon over homemade Vanilla Pear Aigre Doux (a kind of sweet sour, tangy preserved pear), added a dollop of whipped cream and some black pepper and voila, a dessert so elevated and elegant that it belonged in a 5-star restaurant. Seriously though, do you know where you want to eat every night for the rest of your life?! Because I do! (It’s at Eric & Erika’s house).

I learned so many new words: like cyser, aigre-doux and sabayon (to name a few). I learned of new cookbooks, new techniques and new chefs. I learned about new flavors and how to better utilize my summer bounty in the winter. I learned that maybe I should try my hand at making my own pasta, crackers (and puff pastry!?).

Typically I’m the one spoiling people with multiple courses. Usually I’m the one doing the food educating. But from time to time, it’s great to kick back, admit I don’t know anything they’re talking about, listen, learn and just enjoy all the new flavors.

All my love as I sit here drooling just thinking of that meal,
Your one and only,
Leek 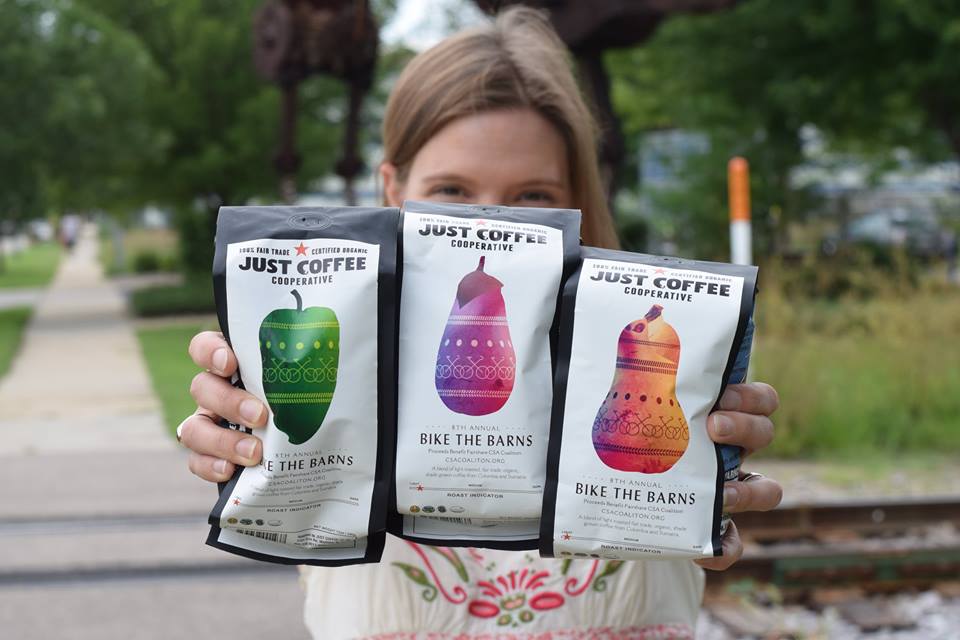 P.S. Here’s my up-to-the-present favorite photo of Erika that I stole off the interwebs because you have to look at something as you dream of this food and you might as well look at Erika holding a bunch of coffee.