We’re almost caught up my friends. Almost through the whirlwind of activity that is May and June on the farm. We’ve planted 11 whole fields (each about 700 square feet), made it through three weeks of the CSA (seriously how has that already happened?!), and thrown a farm party for new friends. We’ve fixed a van, a cooler and a rototiller all in the last month and now we’re buckling down on getting on top of the weeding.

It feels incredible. It feels like maybe we can stop putting out fires and just do what needs to be done. Like maybe we can have some time to be smart and proactive with our business instead of racing from one task to the next. 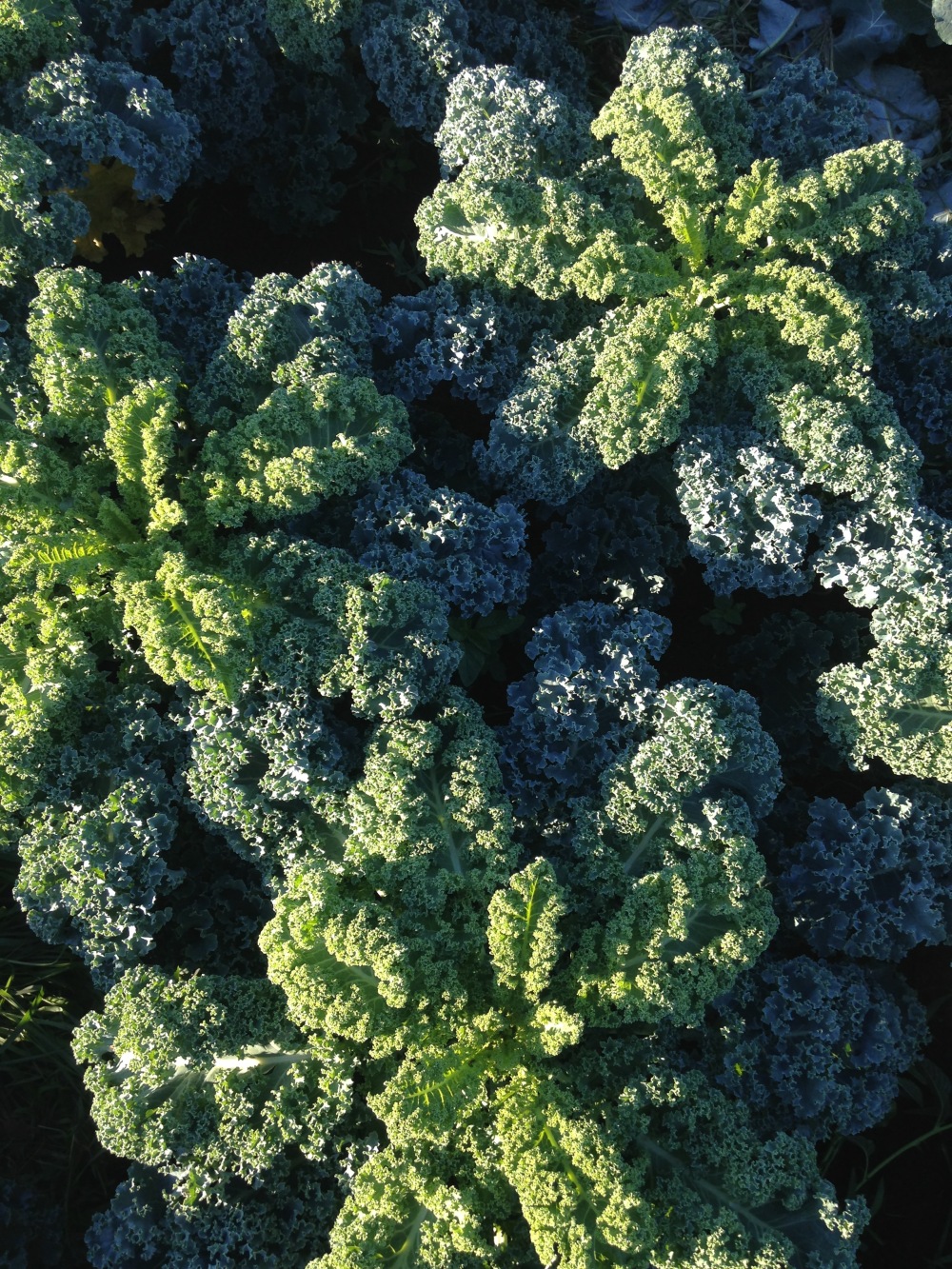 In fact, we’re so convinced that the slow down is near that we decided to host a three day party for the 4th of July. (I’m just realizing this year for the first time that we really don’t know how to do anything small. Alright, maybe that’s just me).

But anyhow, I’m excited. Excited to invite all the friends I’ve neglected for the past 8 weeks to my home (which this weekend we have officially owned and loved and called our own for exactly one year! Side note: I can’t believe this time last year we were doing all these farm things and also moving). There will be a low maintenance menu that involves a lot of grilling and probably plenty of breakfast bakes for mornings where I imagine us waking leisurely instead of with the sun in order to race to the farm. I might try my hand at making marshmallows and/or ice cream sandwiches because I just can’t help but add projects to my plate. 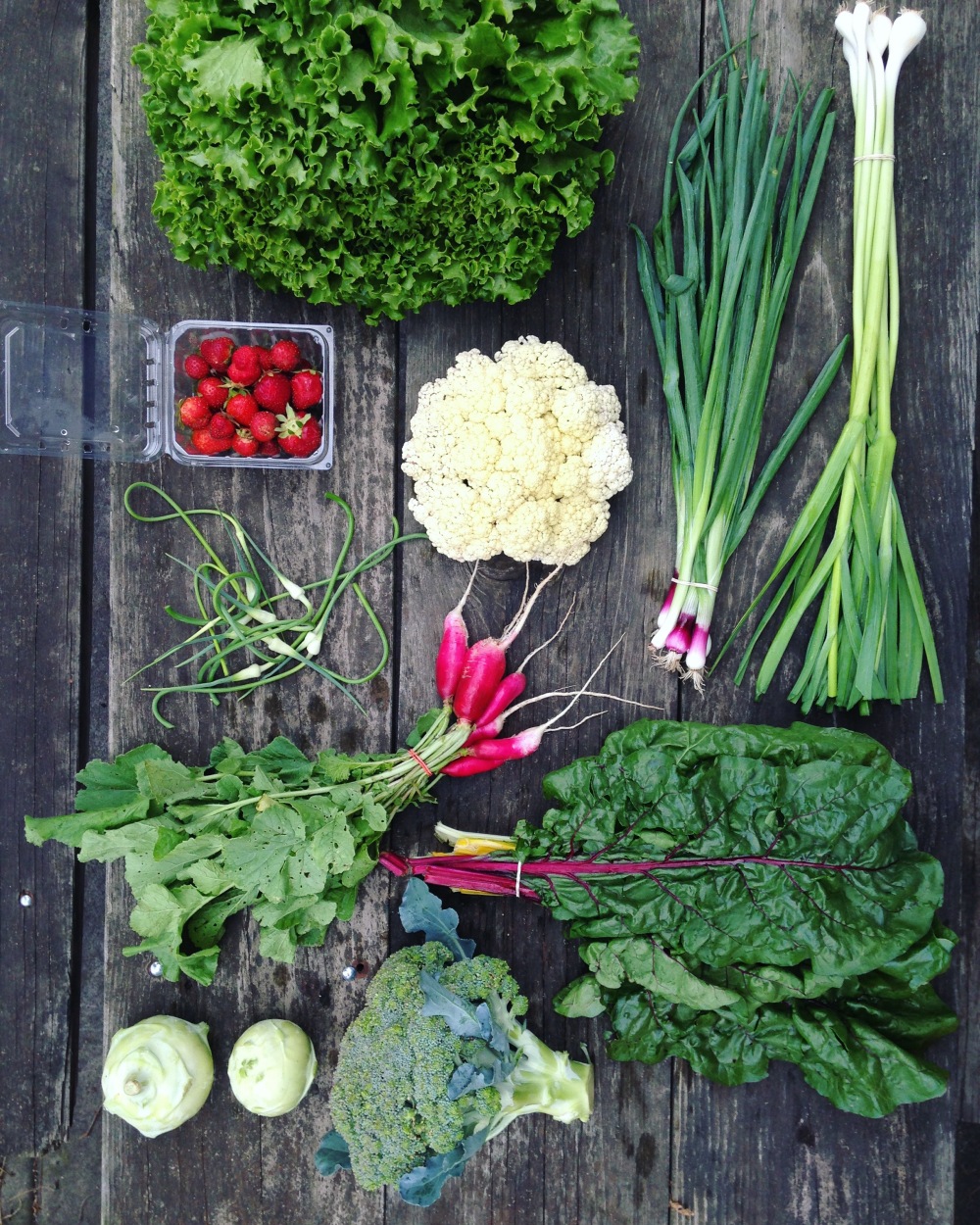 I’ll keep you posted on all of that. But for now, cabbage.

It took me awhile to find a way to get excited about cabbage. A really long time. For the first three years of farming, I would make a (not very great) coleslaw (because I couldn’t figure out how to properly shred cabbage thin enough). We’d throw it on a pulled pork sandwich and it would do well enough, but honestly most of the coleslaw would go uneaten and once we had a second head of cabbage in the fridge the next week, I was totally stuck. What could I make after I was sick of coleslaw? I’d just let it sit there for months finally deciding I was ready to try  my hand at coleslaw again. 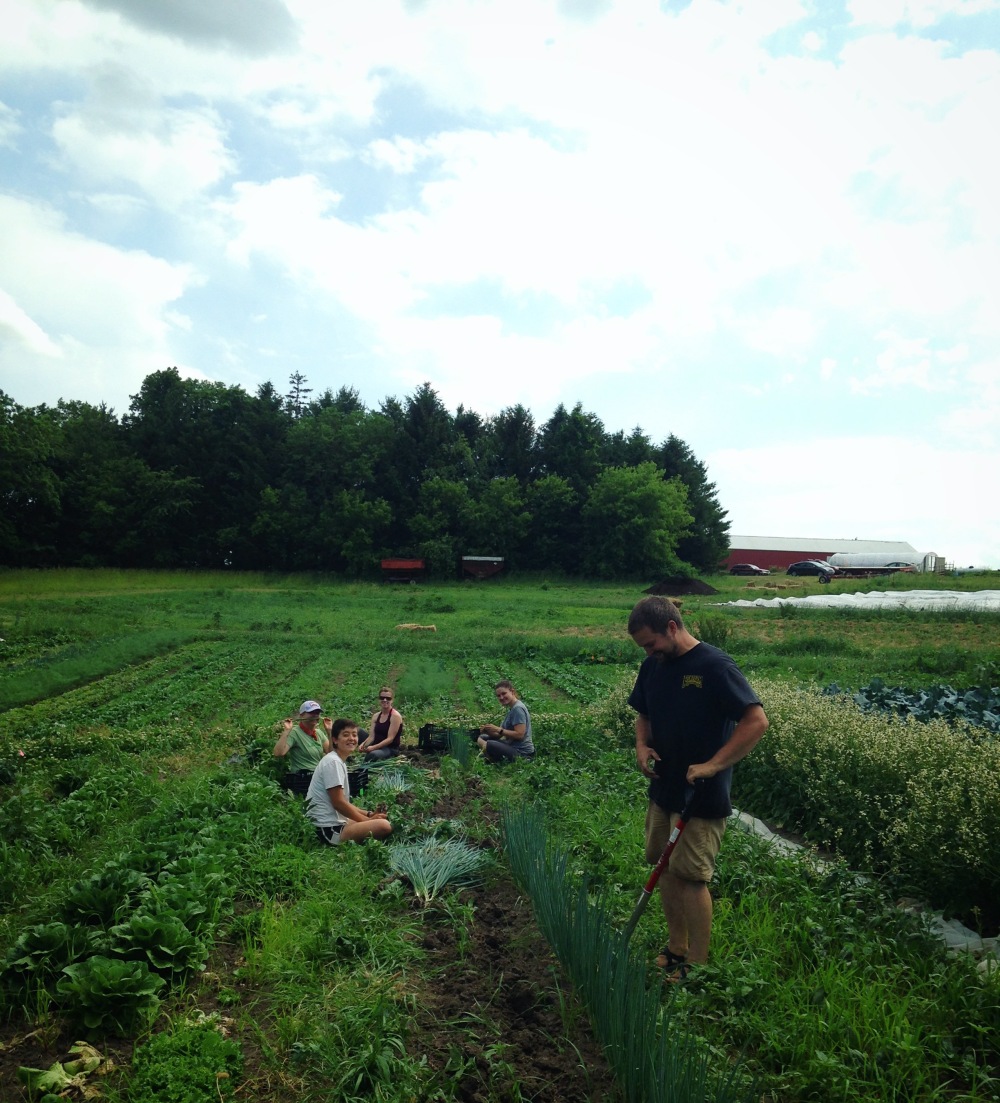 Then last year I discovered this Smothered Cabbage Soup recipe that’s so tasty that Food 52 deemed it a genius recipe. I don’t know why it was the trigger for my love of cabbage, but something about the velvety texture of the cabbage as it braised for hours showed me how elegant cabbage can be if you know how to treat it right.

I started experimenting with cabbage in my kitchen. I made soup with it. I made pancakes out of it. I roasted it. I grilled it. I finally discovered how to properly shred it (this photo tutorial helped) as well as a killer coleslaw recipe. 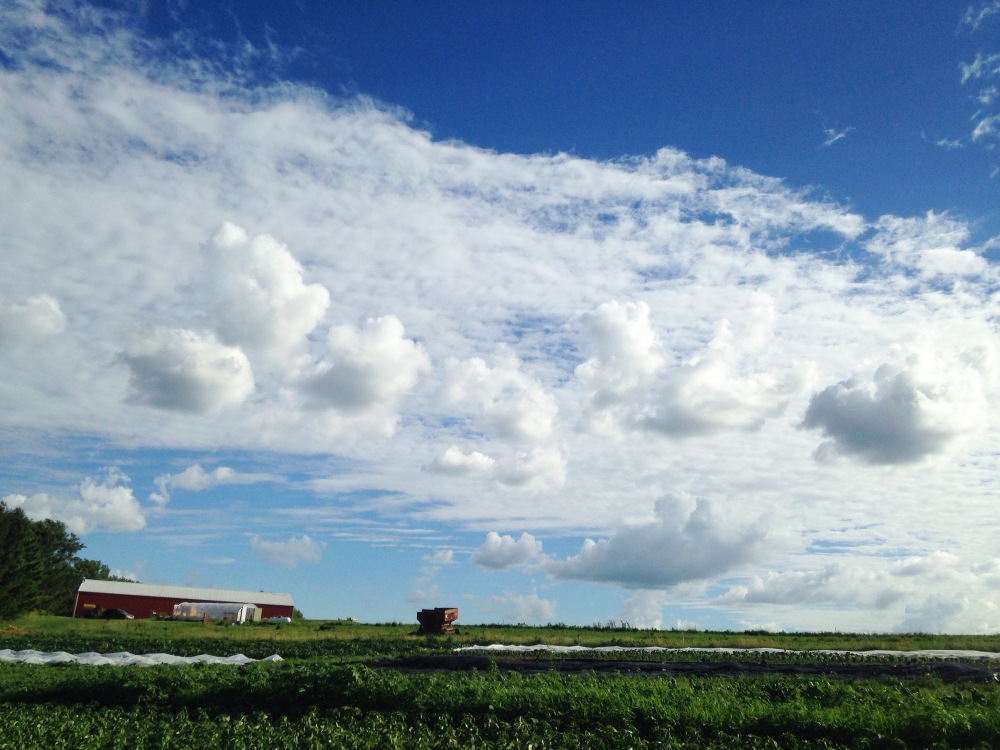 Now I literally can’t get enough. I’ve been eating cabbage since early June and plan to continue through July. It’s not as glamorous as snap peas or beets, but it has become one of my favorite spring vegetables. I think I might like it more than lettuce. Shhhh, please don’t tell my husband who wants to become the best lettuce grower in Wisconsin.

My current favorite way to enjoy it is raw, tossed with sliced snow peas, scallions, and maybe some radishes atop brown rice with a warm coconut peanut sauce that wilts the veggies ever so gently. After a drizzle of sriracha or any other favorite hot sauce, you’ve got a meal that’s well balanced, hearty, crunchy, bright and oh so delicious. It may officially be summer now, but it’s still greens’ season so enjoy a cabbage salad ya’ll. It might just change your life. Or at least your outlook on cabbage.

CABBAGE & SNOW PEA RICE BOWL WITH WARM COCONUT PEANUT SAUCE
Adapted from Bon Appetit magazine
Now this, this dish serves a crowd. It’s a great vegan and gluten-free (if you use the tamari instead of the soy sauce) dish to bring to a party or to make on a Sunday to have in your fridge for lunches all week long. Cabbage and peanut sauce is one of my absolute favorite combinations. Though peanut sauce on most greens is really a combination I’m growing increasingly obsessed with.